Kinderfeldkirche with gate of peace

A “rubble project” for all – non-partisan – intergenerational – socially-integrative

In the restoration of the towers of the Wiesenkirche, stones were accruing in the lower levels of the south tower, which in and of themselves were nothing more than debris, but could perhaps still be used as small parts for other, lesser purposes. The idea arose of building this chapel out of a conglomeration of such stones.

Groups from all areas of the community worked on individual stones in the workshop of the masons’ lodge which then carved their name or a symbol into the stone. From these building blocks and from other donated materials, building took place from 1999 – 2006 with people dedicating their free time to participate.

It was run under the auspices of the Minister of Urban Development and Housing, Culture and Sport of the state of North Rhine-Westphalia, Ms Ilse Brusis and Dr. Michael Vesper.

The facility is located next to the Walpurgisheim in the northern city of Soest. It is publicly accessible from the Weslarner Weg, where a bus stop is also located. 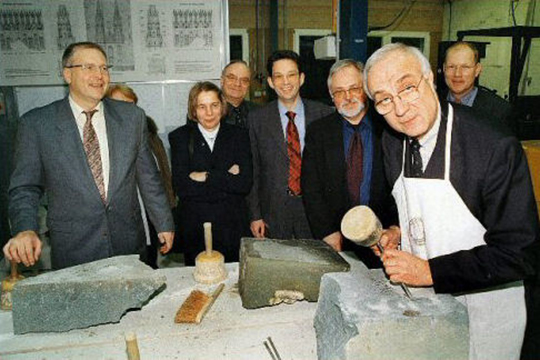 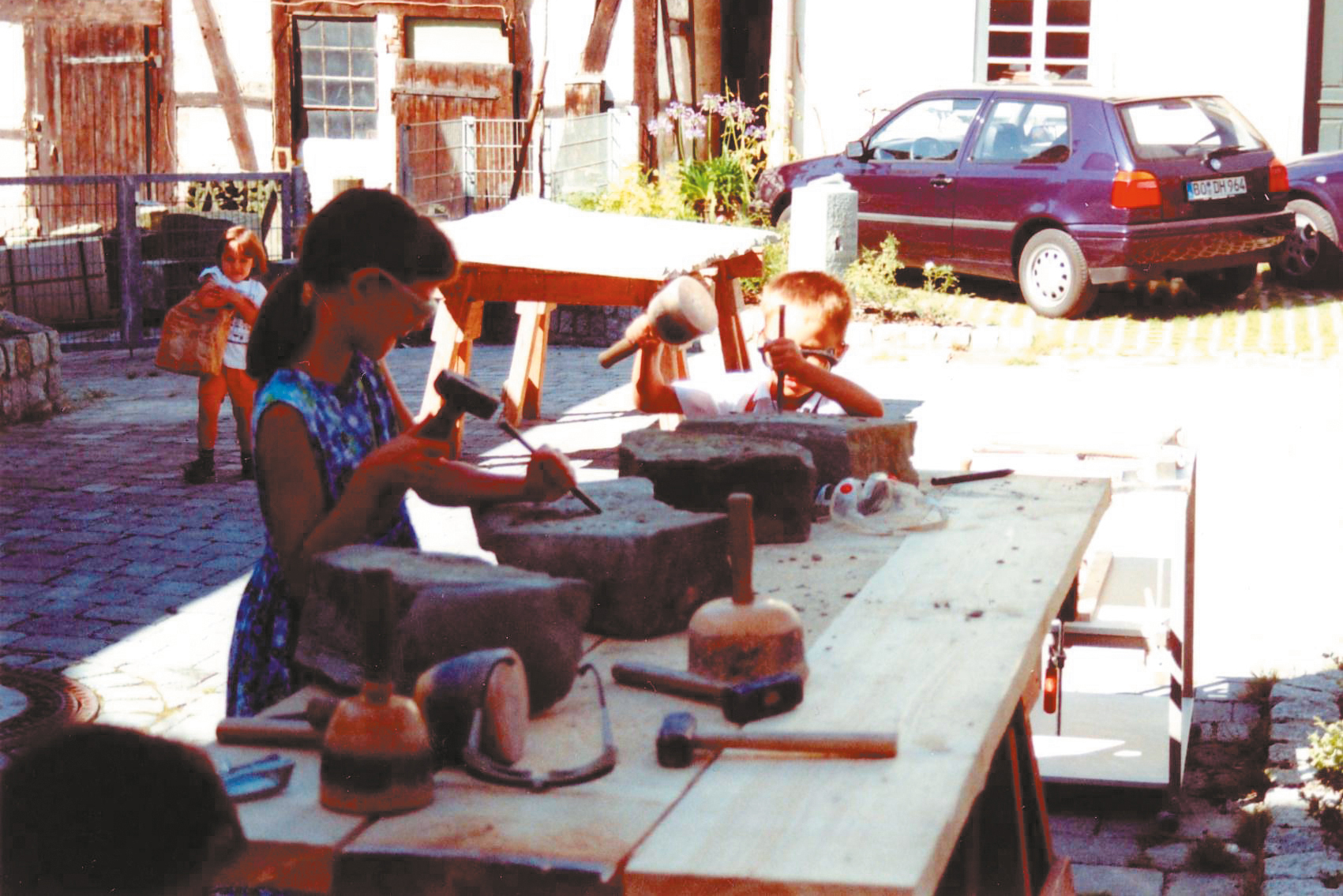 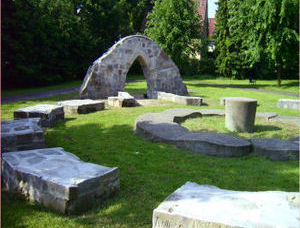 After seven years of volunteering, work was finally complete. Like a kind of social sculpture, the project had now become a small structure. On 10 June 2006, the handover took place. The dimensions of the church match the dimensions of the middle choir of the Wiesenkirche. But the archway has the shape of a parabola and faces south. A surveyor precisely pinpointed the centre of the altar stone at the centre of the chapel by satellite.

Take a closer look at some of the many symbols and inscriptions engraved in stone. 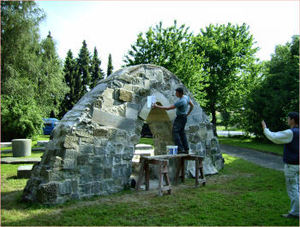 Over 1000 people have given their time to create the Feldkirche. Among them were many children chiselling their name or a symbol in a stone. The facility can be used by anyone. 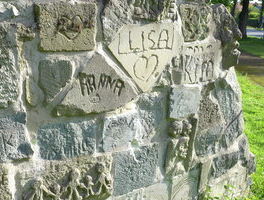 Detailed view of some of the individual building stones 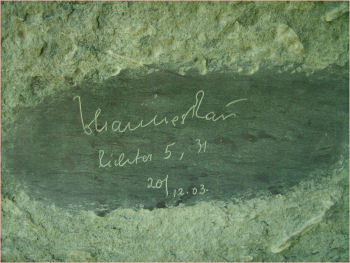 Inscription by Johannes Rau on the occasion of his visit as Federal President with his wife Christina in the masons’ lodge on 20 December 2003:

Judges 5:31: “Thus let all Your enemies perish, O LORD; But let those who love Him be like the rising of the sun in its might." And the land was undisturbed for forty years” 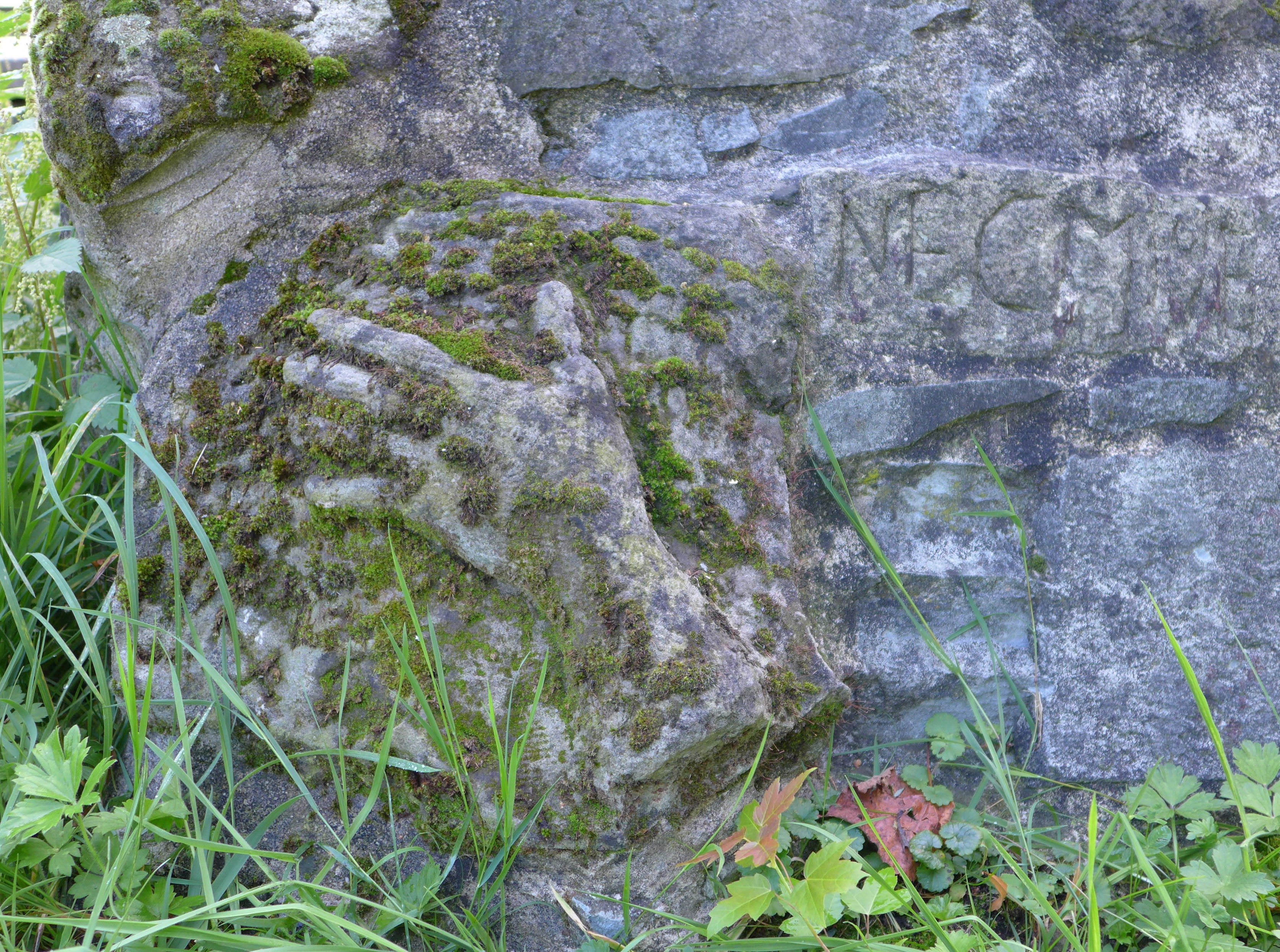 The stone pictured on the right, with a left hand, is the beginner’s stone on the gate. The relief was carved on a Sunday afternoon at a workshop of the builders’ hut on the occasion of the annual folk festival, Bördetag in Soest. 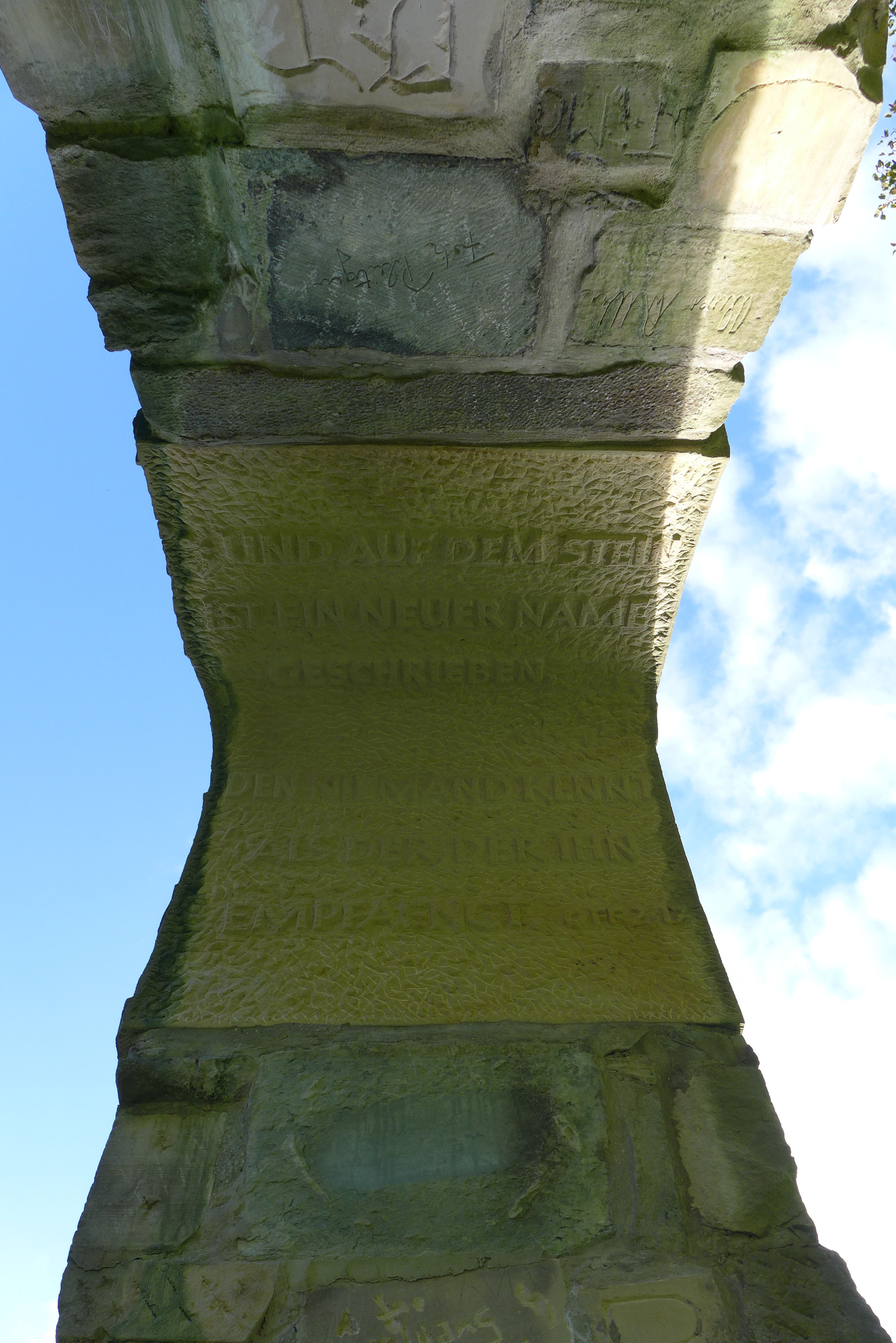 The final stone in the arch of the gate was the last to be carved. A number of ideas were provided by those who carved their name into individual blocks, including an inscription from Revelations 2:17: "... I will also give that person a white stone with a new name written on it, known only to the one who receives it.” 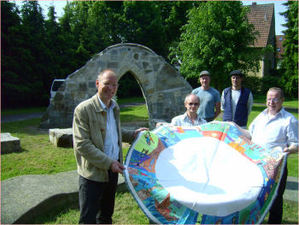 Presentation of an altar cloth designed by students at a primary school. 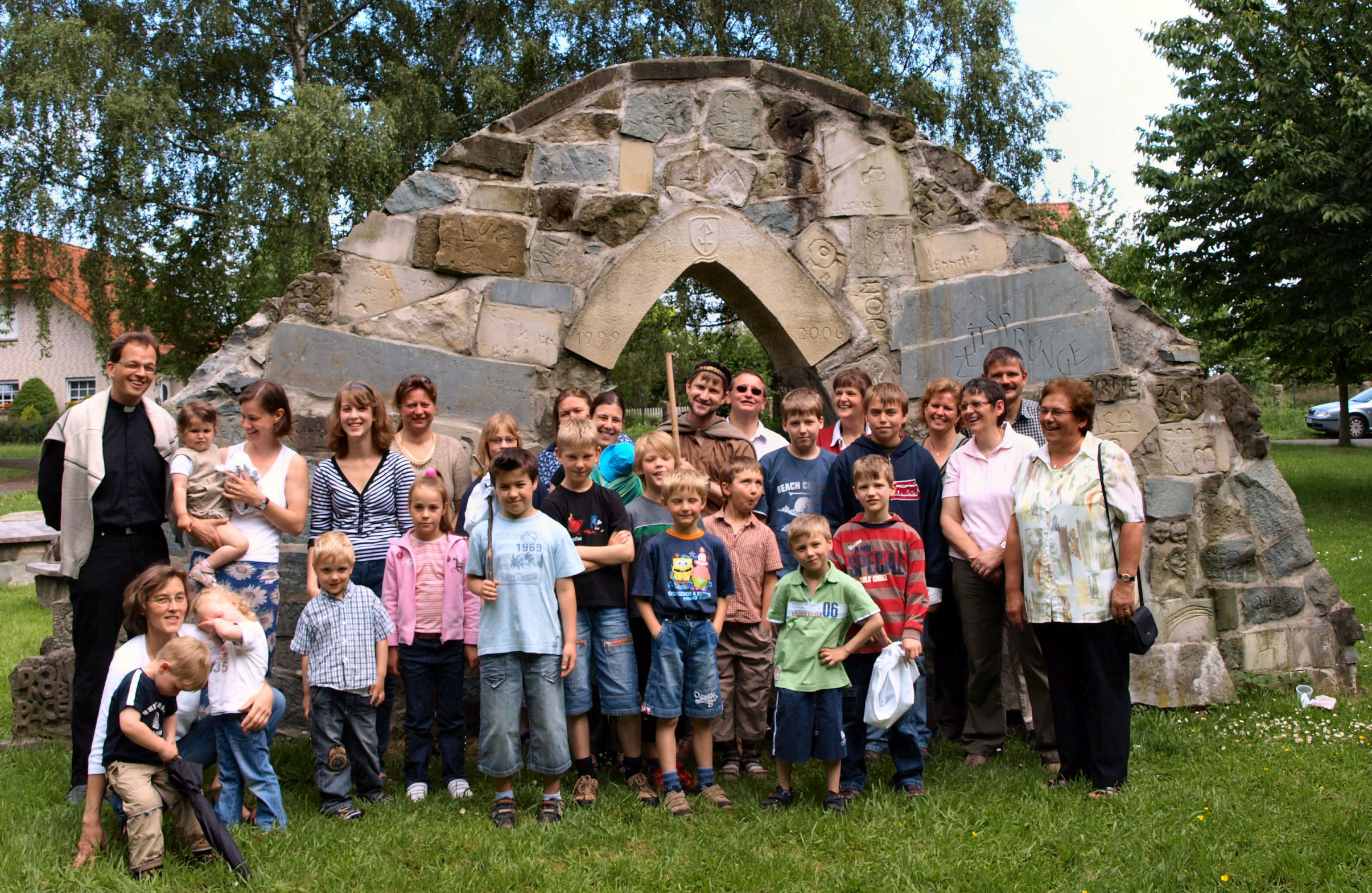 A children’s service is celebrated. Other uses of the area are also possible.