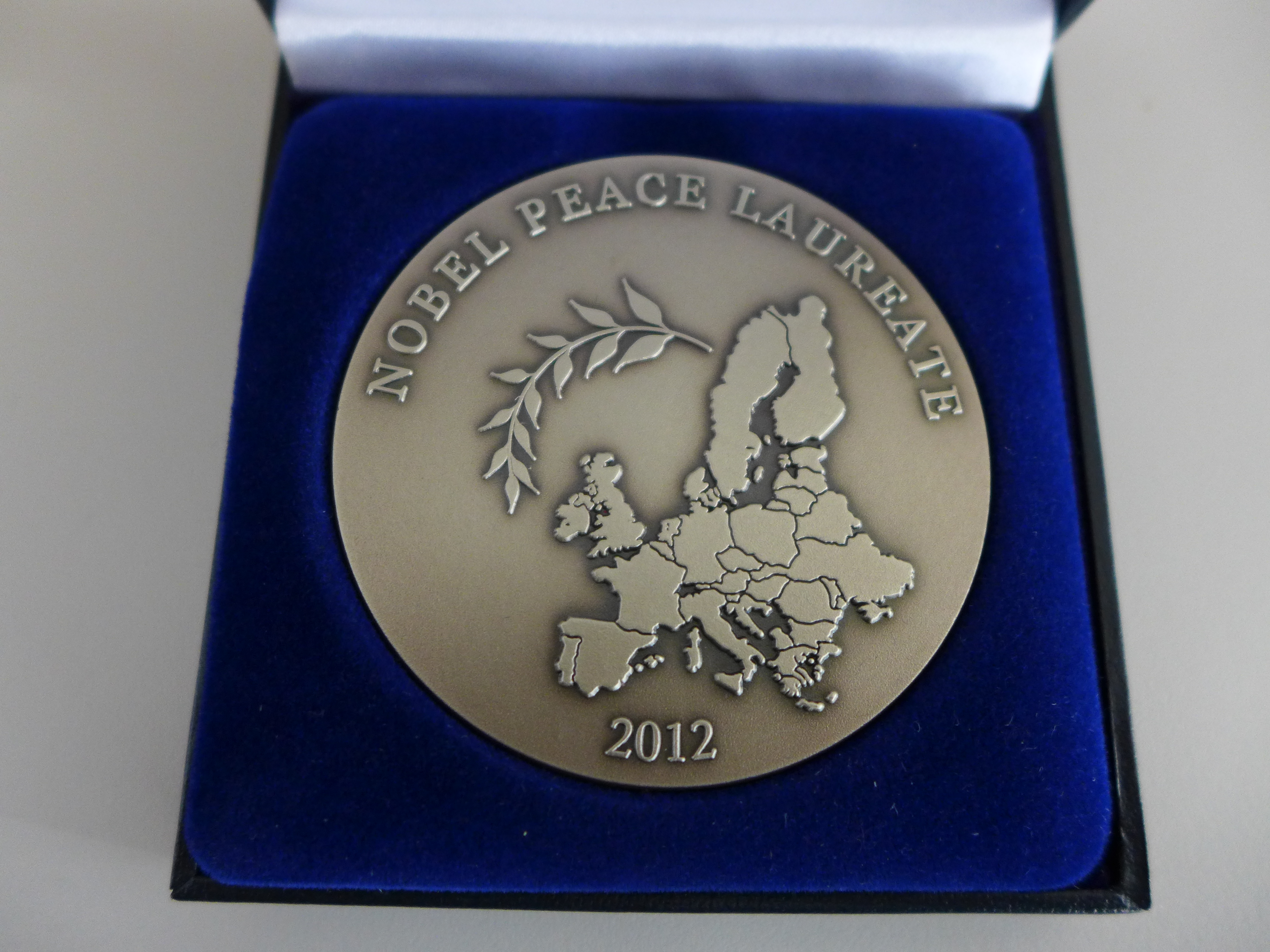 Master builder Jürgen Prigl from Soest was awarded a copy of the Nobel Peace Prize medal. As the prize was awarded to the EU in 2012, it actually belongs to every European, according to MEP Peter Liese (CDU). His party group thus made bronze copies of the medal to be presented to citizens who had made a special contribution to European integration.

Prigl received one of seven copies in the South Westphalian electoral area of Liese because he had earned this by working towards European integration of the skilled crafts and thus cooperation in Europe. Prigl is cofounder of the European Association of Building Crafts and Design (EACD), past president and chairman of the committee. 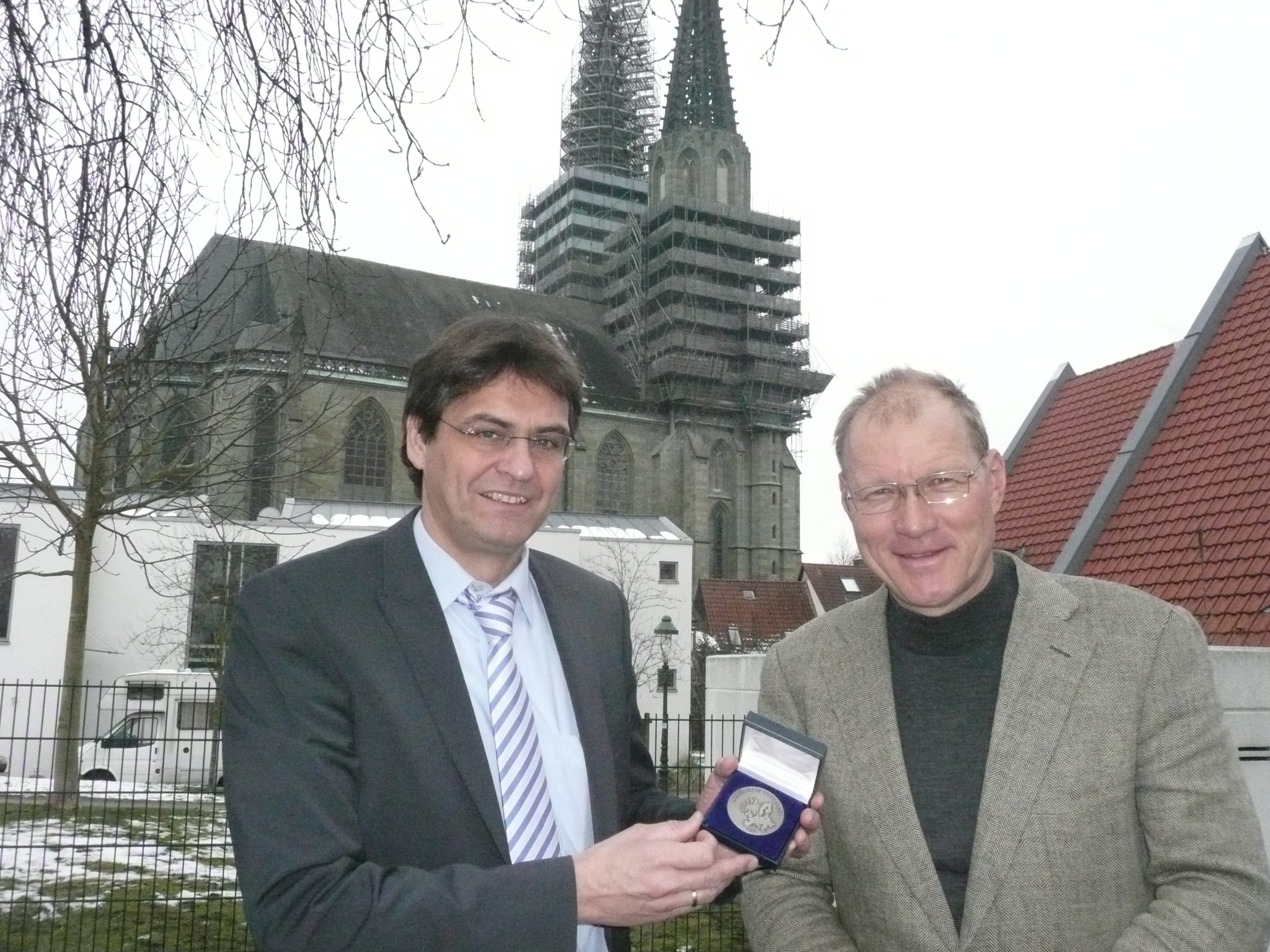