The pulpit of the Wiesenkirche 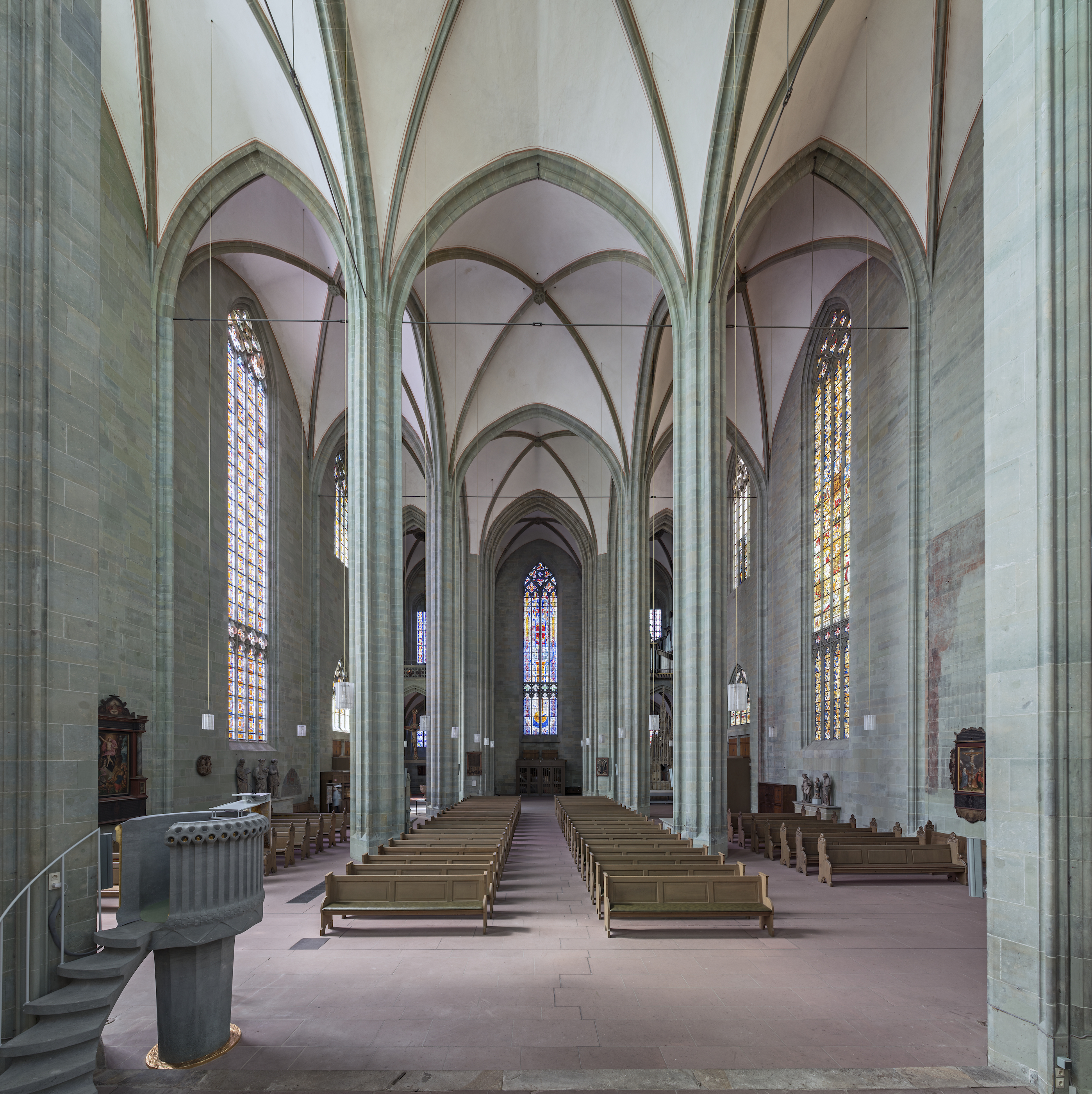 The stone pulpit was financed by donation and designed and created by the cathedral’s master builder. The parish was able to put it into use at the Epiphany Light Service with President Annette Kurschus on 6 January 2013.

The stone pulpit stands like a former temporary plywood strangement at the end of the church in front of the southern choir pillar. It is divided into a lower area, the stem, and the upper area, called the crown, which one enters from the main choir via the seven-step staircase. The stem arises in a circular shape. Its basic geometrical structure is a primeval symbol: it has neither beginning nor end; it is complete. The centre of circle is under the ground surface and is the beginning of a vertical beam forming the stem axis of the pulpit.

The place where the stem enters the visible world includes a ring of fire cast in iron and gilded in the colour of God. This suggests: “be careful and gentle, it is a special place.” Not visible, thus proceeding from the origin and in spirit of the quote “in the beginning was the Word...”, and in the course of God’s messages the pulpit points reveals “...the Word is and acts”.

From the circular stem, a decagon grows vertically: God gives his commandments, ten in number, the same as the fingers of a human being or the lunar months that elapse between conception and birth. The decagon widens into the horizontal, with the stem forming the base of the crown. With renewed deflection in the corners, lines emerge and are divided, becoming greater in number and changing like waves. This is intended to signify: God emerges as his only born son, man becoming a trinity. A ribbon springs out like a chain with three links and covers the top like a chalice that opens up here. At the bottom of the inner opening of the massive stone block, the preacher stands. The basic element of the links of the ribbon is the square, as a symbol for human life on earth: four cardinal points, day, year and life phases.

Just as the ribbon rises from the circle it dives under once again. In this way the partition walls and the cannelures are formed. In artistic terms, these communicate with one another in the room with the profiles of the pillars, the ministration and window reveals. Outside and inside, positive and negative are constantly alternating and interdependent. This points to the interrelationships which the appearance of Christ helped bring about a renewed appreciation of: light and darkness, good and evil, poor and rich, birth and death, reflection and unconsciousness, illness and health, multiplicity and division, joy and sorrow, above and below, left and right, big and small, here and far.

Through the parallel partition wall, golden tongues of fire transport the light into the edge of the chalice of the crown. There matter bursts out, the wind blows in bends. Outside and inside are set in motion. The spirit flies as it chooses. Air currents, not vacuums, carry sound and tone. Globalisation traits like the explosion of information, separation and isolation, mass identity or the mixing of languages are related. The wreath resembles a wind chime, alluding to the multiplying forms of communication.

Access to religions one and all arises through openness with depth without dissolution. This means, for example, to understand the substance as being more shaped than regimented. Without Word formed by spirit, without the languages, no form of religion would have emerged and not even the smallest human consciousness would be cultivated. Characters and letters cannot grasp the Word. And listening seems at least as important as speaking. Listening, even in the silence, after the sounds have faded; listening first of all: that is turning. Are there as many ways of hearing as speaking? How important to a person's life is listening, for example, when he or she – in silence or in danger – remembers something? 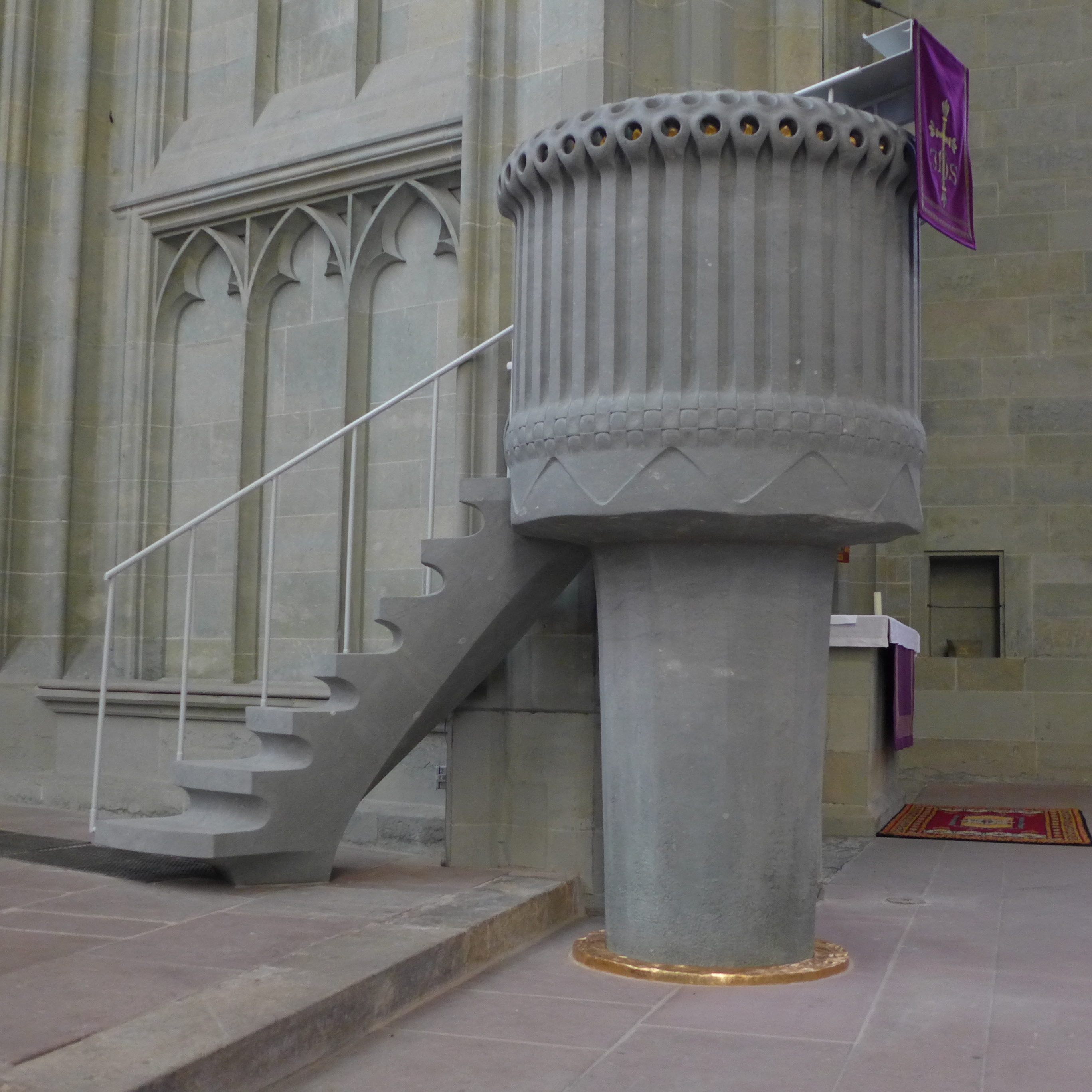 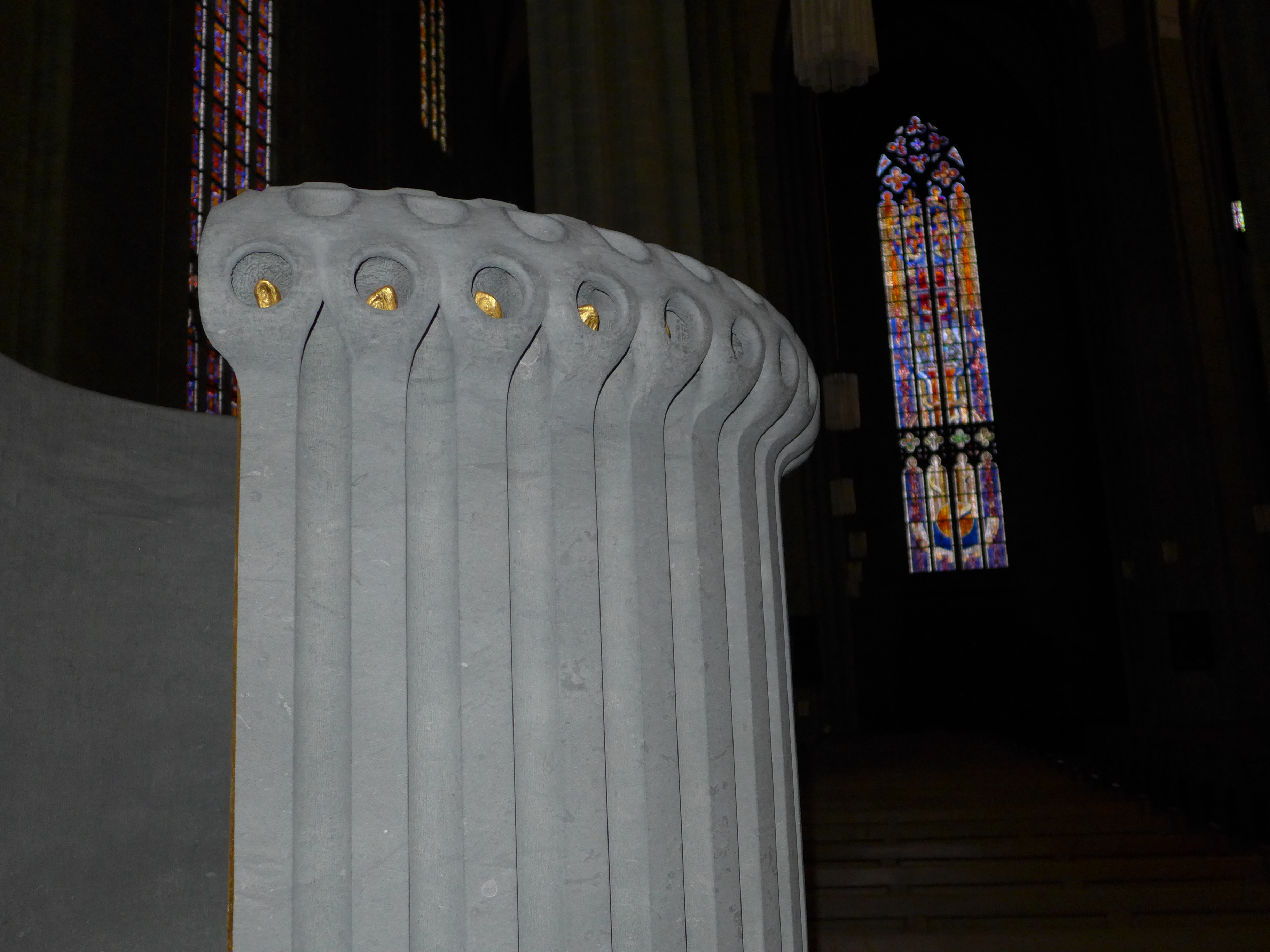 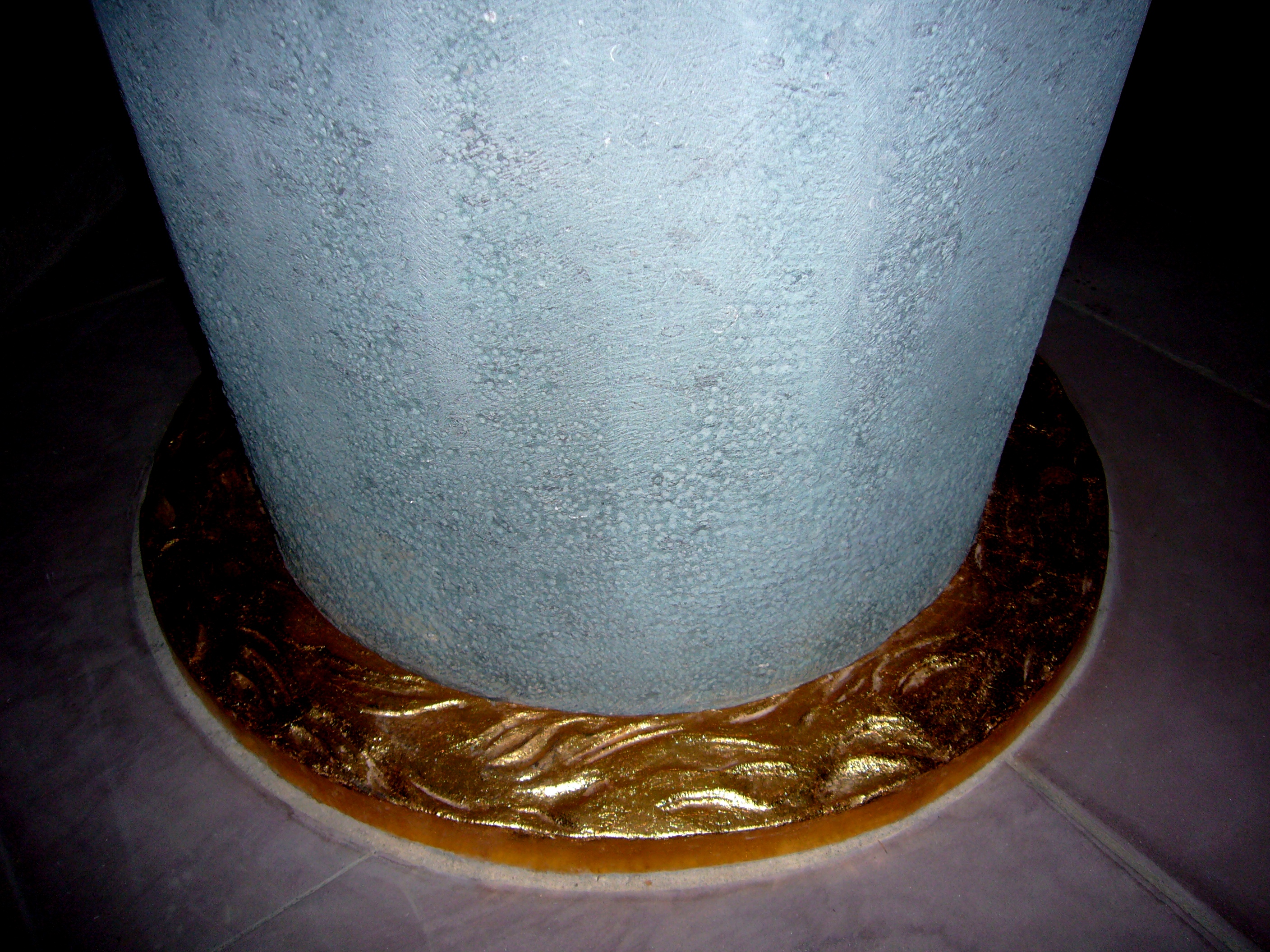